Being all this about web development, and thus: Networking, it would be good if we could actually fetch the Pyroes from a server.

Although that would be ideal, we’ll start by creating a fake service which will give us the Pyroes, just like if we had connected to the network. This will serve as another cornerstone before carrying on.

Copy the top3 folder to top4 and enter it. For example, with:

A service in AnPyLar has no specific requirements: the attributes, API (methods) is for the end user to define.

A Service base class might be implemented in the future giving services certain default properties, like parent-child relationships, but this is not foreseen at the moment.

Let’s place a PyroService simply inside a pyro_service.py module (remember that we like consistent naming conventions)

We keep mock_pyroes.py in place with the definition of our Pyroes, because the service will at this point in time source the data from it.

The service and its placement¶

Defining the service and setting it in motion hasn’t actually taken that much:

With that knowledge in mind, we have also modified our PyroesComponent code:

As indicated above, in this example the Pyroes are still simply being gotten from a list, but now we have prepared the app for more 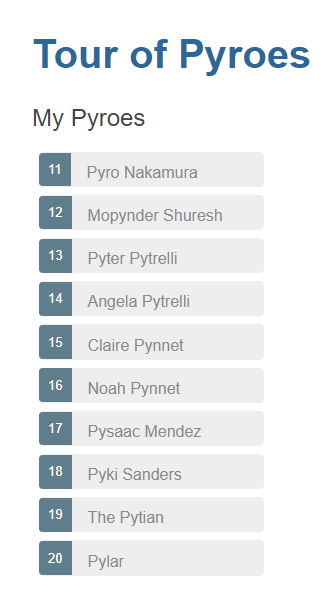 Clicking on one of the Pyroes will: 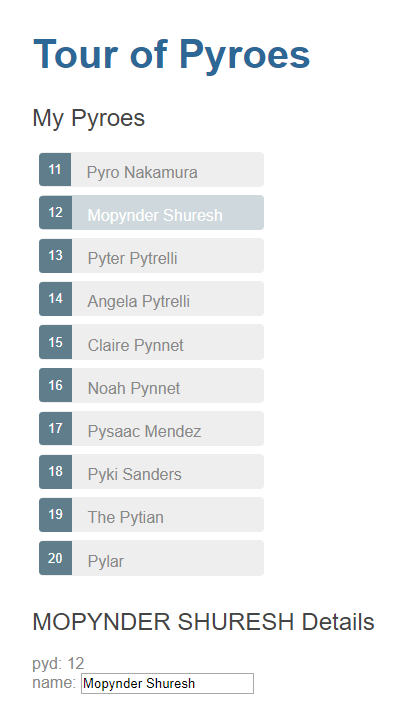 And making changes in the editor is automatically reflected not only in the input field, but also in the uppercased name in the editor and in the list of Pyroes 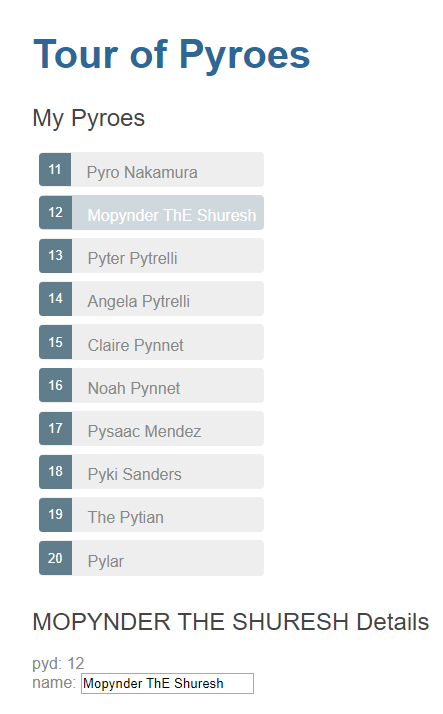